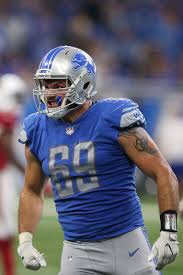 The Cleveland Browns keep tinkering with the roster as we move closer towards the season opener on Sunday.

Zettel was the Lions sixth-round pick in 2016 out of Penn State. In two seasons with Detroit, Zettel played in 29 games (16 starts) with 56 tackles, 7.5 sacks, and a forced fumble.

Last season he started in all 16 games and had 43 tackles, 6.5 sacks and a forced fumble.

Pro Football Focus graded him the 48th overall edge defender in the NFL but his run defense grade of 84.0 was the second best on the Lions defense.

Speculation is that with the scheme change in Detroit by new head coach Matt Patricia, Zettel didn’t fit which made him expendable when the team waived him on Wednesday.

He now joins a talented group of defensive lineman led by Myles Garrett and Emmanuel Ogbah but the depth behind them is questionable and unknown.