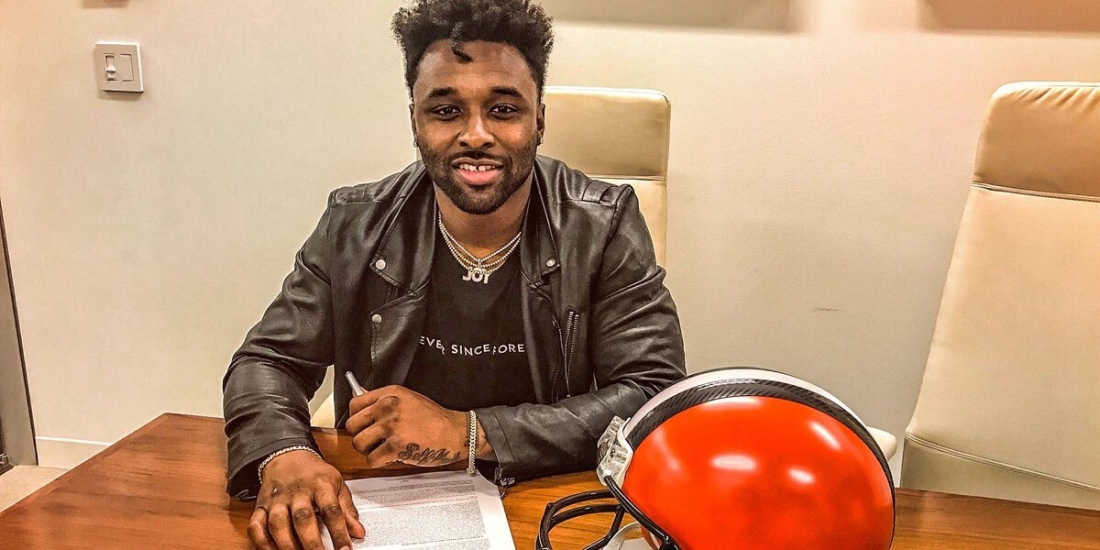 The Cleveland Browns made a splash in early March when they traded for wide receiver Jarvis Landry from the Miami Dolphins.

On Friday night, they officially signed Landry to a contract to keep him in Cleveland through the 2022 season.

The deal is for five years and worth $75.5 million dollars including $47 million guaranteed.

On average, Landry’s new contract will pay him on average a top 5 receiver in the NFL which was expected when Miami gave him the franchise tag earlier this offseason.

Jarvis Landry had this to say following signing his new deal:

“Even in this moment I can’t take credit, my mother, my family, my coaches and countless other people have played a major part in the person you see today. I want to thank the Cleveland Browns organization, Coach Hue, John Dorsey, Dee and Jimmy Haslam for making me family and Cleveland, Ohio home. I’m excited for the journey with my new teammates and building, one day at a time, starting with the offseason program on Monday. Let’s be great Cleveland.”

He’s been elected to the Pro Bowl in each of the last three seasons and last season had 112 catches which was a career high and a Dolphins single season record.

With new offensive coordinator Todd Haley taking over the play calling duties, it’ll be really exciting to see what this offense is going to look like with all these new weapons and still more potentially coming through the draft.

Did Cleveland overpay for Landry?

Some would say yes given that Landry is primarily a slot receiver and generally slot receivers aren’t paid like the top receivers in football but Cleveland has to overpay a little bit to keep premium talent on the roster until the culture and winning changes in the organization.

Landry wanted to be here and wants to help turn the organization around and the fact that he actually took a decrease in average salary off of the $15.9 million franchise tag he was scheduled to make showed that he’s committed to Cleveland.