What a trade back into Round 1 might cost the Browns? 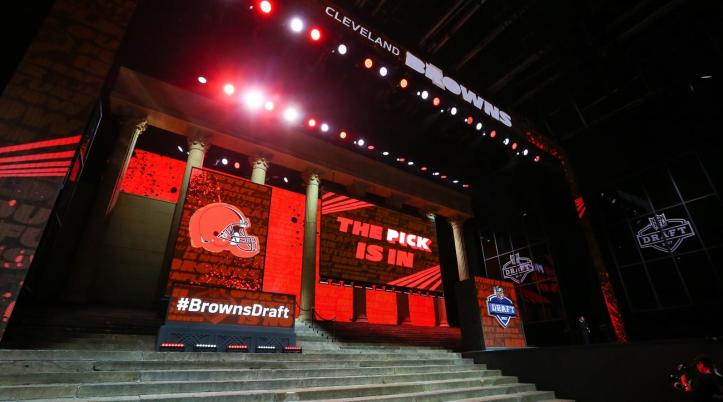 With the Browns trading away the #17 pick in the Odell Beckham trade there has been talks that the Browns might look to trade up into the first round of the 2019 NFL Draft if a player falls down the board. I decided to have a look back over the last few season to see what the approximate cost could be.

I’m only looking at pick swaps where one team trades up to get into the first round. While there might be a player involved in the swap it is very hard to predict how both teams in a trade value a Duke Johnson or Emmanuel Ogbah as well as how both sides have valued players in previous player/pick swaps, so I will be just looking at pick swap deals here.

Here is a list of all the pick swaps since the 2011 NFL Draft for teams to get back into the first round. The picks are the current year unless listed:

The first thing to note is that the highest pick a team has traded back into the first round for in recent history is the 28th pick so don’t be expecting any action until very late in the first round of the NFL Draft.

The general rule of thumb is a pick in a later year is worth one round less when you move it forward, so if we use a 2020 first round pick in a deal, that is effectively worth the equivalent of a 2019 second in a trade. Plus the Browns 2020 picks are going to be worth a lot less as everyone expects it to be somewhere in the final 12 picks of the draft.

I would guess the Packers at 30 & Patriots at 32 are the most likely trade candidates based on the Packers having two first round picks and the Patriots having a rich history of trading back.

While many of the teams have traded a Second & Fourth we are in a different case as they were moving picks in the 30’s where as the Browns pick at #49, so you have to take this into account.

Jack Duffin is the co-host of the Paul Brown Podcast, a Daily Browns Podcast based out of London, England. You can follow him on Twitter @JackDuffin. His DM’s are open if you have any salary cap related questions.