Jaelen Strong a low-risk, high-reward signing for the Browns 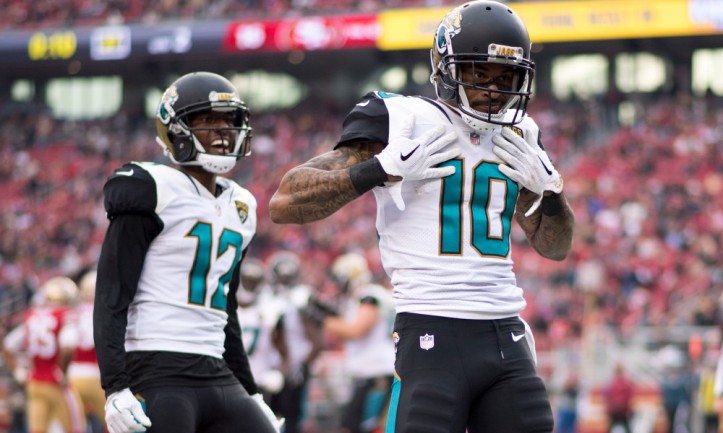 Last season, he took chances on former first-round picks Greg Robinson and Breshad Perriman who were basically written off around the league but the Browns gave them an opportunity to showcase why they were first-round picks and were both major contributors down the stretch.

Strong missed the entire 2018 season while recovering from a torn ACL injury he suffered at the end of the 2017 season in Jacksonville.

Prior to the injury, Strong was struggling to find a home after getting drafted in the third round of the 2015 NFL Draft by Houston after a productive college career at Arizona State.

Appearing in 20 career games, Strong has 31 catches for 330 yards and four touchdowns.

When you look at his measurables, there’s a lot to like about Strong and his potential with the fact he just recently turned 25 years old. He’s 6’2 with 4.4 speed and he recorded a 42-inch vertical at the NFL Combine in 2015 so there’s no doubt he’s a solid athlete.

He does come with some baggage as he was arrested back in 2016 for possession of marijuana after admitting to having it while riding with former college teammate and current Browns safety Damarious Randall. Strong was suspended for Week 1 of the 2017 season for the arrest.

I don’t think this signing has any effect on the Browns offseason plans as it pertains to the wide receiver position.

Wouldn’t also be shocked if they inquire on wide recievers that could be available in trade such as Steelers’ Antonio Brown or Giants’ Odell Beckham Jr. as John Dorsey looks to surround quarterback Baker Mayfield with skill players on the offensive side of the ball.

If Strong can come in and contribute, it’s a great under the radar signing by Dorsey but if he doesn’t, the Browns can cut him and it’ll have no major ramificiations towards the franchise.