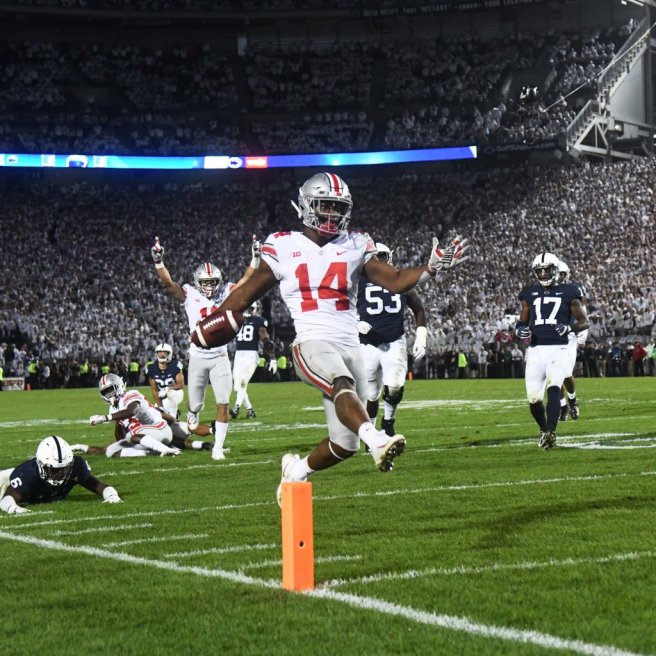 Ohio State wide receiver K.J. Hill announced on Tuesday afternoon that he’ll return to the university for his senior season.

The fourth-year junior out of North Little Rock, Arkansas had 70 catches for 885 yards and six touchdowns as he split the H-Back with Parris Campbell in the Buckeyes offense during the 2018 season.

He ranked second on the team in catches and receiving yards behind Campbell and fourth in receiving touchdowns behind Campbell, Terry McLaurin and Johnnie Dixon who have graduated and are moving on to the NFL.

Hill will now become the leader of the receiver position along with Austin Mack and Binjimen Victor, who have both announced they’ll be returning as well for their senior seasons.

Those three along with running back J.K. Dobbins, Demario McCall as well as freshman receiver Garrett Wilson will give either Tate Martell or Justin Fields plenty to work with offensively come September when the 2019 season begins.

The 6’0, 195 pound receiver is also closing in on a historic mark in Ohio State football history.

He’ll enter the 2019 season with 144 catches in his three seasons with the Buckeyes.

With 47 catches, he’ll pass David Boston for the most receptions in program history with 191 catches.