Browns add 5 players to the roster via waiver claims 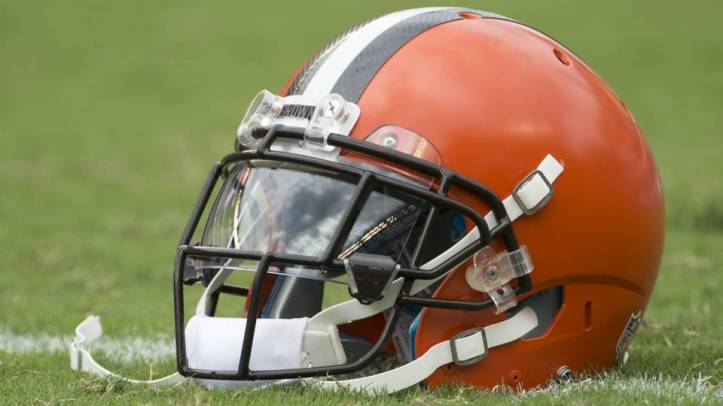 The Browns were active on the waiver wire Sunday with them having the top priority among the 32 NFL teams, one of the perks of going 0-16 and general manager John Dorsey took full advantage of that perk.

Davis was Baltimore’s third round pick in the 2015 NFL Draft. He played in 28 games (12 starts) over three seasons with the Ravens and made 30 tackles with 0.5 sacks and 3 pass deflections.

Odenigbo is no stranger to the state of Ohio as he graduated from Centerville High School before attending Northwestern. The Vikings drafted him in the seventh round of the 2017 NFL Draft and spent last season on their practice squad. He recorded 11 tackles and two sacks during the preseason.

Neary was undrafted out of Eastern Washington in 2016. He has spent time with Denver, Philadelphia and most recently with the Los Angeles Rams where he played in his only NFL game last season when he started in Week 17 when the Rams rested their starters for the postseason.

Thomas was undrafted in this year’s NFL Draft out of Ferris State. He spent training camp with the Arizona Cardinals. He made six tackles during the preseason.

Vallejo was a sixth-round pick out of Boise State for the Bills in 2017. Appearing in 16 games, Vallejo made 4 tackles in the regular season and also made 1 tackle in the team’s playoff game against Jacksonville.

With the addition of the five new players to the roster, the team had to waive the following

Nassib was a third round pick for the Browns in the 2016 Draft. In his two seasons with Cleveland, he had 52 tackles and 5.5 sacks in 30 career games (15 starts). He also was featured on Hard Knocks and earned the reputation of being the financial advisor for the team, although some would argue he wasn’t giving accurate advice.

Meder will always be linked in Browns history as it was his blocked kick during the Week 16 win against San Diego during the 2016 season that saved the Browns from perhaps being 0-32 during Hue Jackson’s first two seasons.

The Cleveland native has been with the Browns since the end of the 2014 season and played in 43 games for the Browns with 95 career tackles, 2 sacks and a pass deflection.

Reiter spent the last two seasons with the Browns, mainly as a reserve offensive lineman. He appeared in 17 games for the Browns and did start one game for Cleveland against the Redskins in the 2016 season.

Grace was claimed by the Browns off waivers in May and spent training camp with the Browns. He appeared in 11 games last season for Indianapolis and Atlanta.

McKinnon signed with the Browns at the beginning of training camp. He has never appeared in a regular season NFL game.