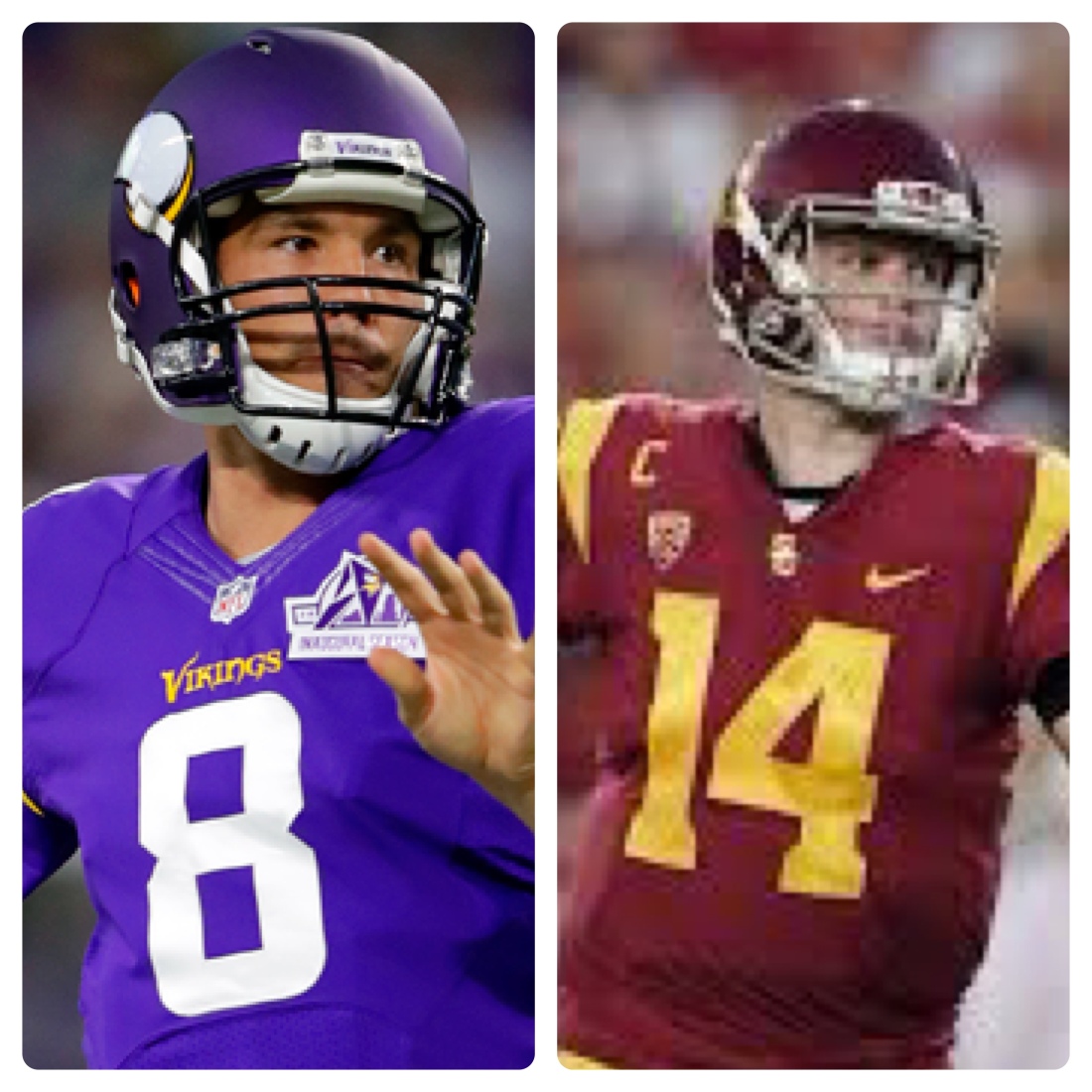 We’re inside a month away from the start of the new league year in the NFL but the quarterback movement has already started.

Alex Smith will be traded from Kansas City to Washington on March 14th once the league makes it official which will make Kirk Cousins the biggest free agent quarterback available since Peyton Manning in 2012.

AJ McCarron won his grievance case against the Cincinnati Bengals and will be an unrestricted free agent and could be a target for the Cleveland Browns.

Then there’s the NFL Draft which could see potentially nine quarterbacks go within the first three rounds.

Sports Illustrated and MMQB’s Peter King gave his “early guess” on where the available quarterbacks could end up this offseason.

For the Browns, King threw a curveball at the veteran quarterback but an obvious pick at the top of the draft.

Cleveland: Sam Darnold and Sam Bradford. The reason Browns GM John Dorsey wanted Alex Smith, or even McCarron or another veteran, is because he wants to be competitive from the start this season. You sign Bradford because you know as long as he stays healthy (Ten days? Ten games?), he’s a top-12-caliber quarterback. But he’s played more than seven games in just two of the last five seasons, and so the Browns won’t be guaranteed anything except some sleepless nights if they sign Bradford. But no matter which veteran Cleveland gets (and McCarron is certainly a strong prospect here), Dorsey will backstop with a rookie, and Darnold, who needs a large dose of development, would be fine with a year or more of clipboard-holding.

I think Sam Darnold is the obvious and safest choice among the quarterbacks in the NFL Draft and as of now should be the first overall selection in the draft. He’s has the build, accuracy, and arm strength to be a top quarterback for years to come.

He also has some things to work on including his delivery and I think Darnold along with the other quarterbacks will need to sit and develop behind a veteran quarterback if they are drafted to Cleveland.

The veteran quarterback shouldn’t be Sam Bradford though.

While I think when Bradford is on the field, he can be a average to above average NFL quarterback. He’s an accurate thrower and can get the ball down the field and put points on the board.

In 2016, he arguably had his best season with Minnesota after they acquired him from Philadelphia. He completed a then record 71.6% of his passes for 3,877 yards, 20 touchdowns and only 5 interceptions.

The problem is his availability on the field.

Since being drafted first overall in the 2010 NFL Draft, Bradford has had a number of injuries including two season ending ACL injuries which showed last season when he only played in two games due his knee showing wear and tear from those injuries over his career.

Bradford wouldn’t be my first option when it comes to the free agency quarterbacks but if he can stay healthy, it’s an intriguing option.

If I’m John Dorsey, I would focus on guys like Chase Daniel, Josh McCown, Ryan Fitzpatrick and McCarron as guys who can come in and not only play and give the Browns a chance to win but also help bridge the rookie quarterback along, whomever that rookie will be.