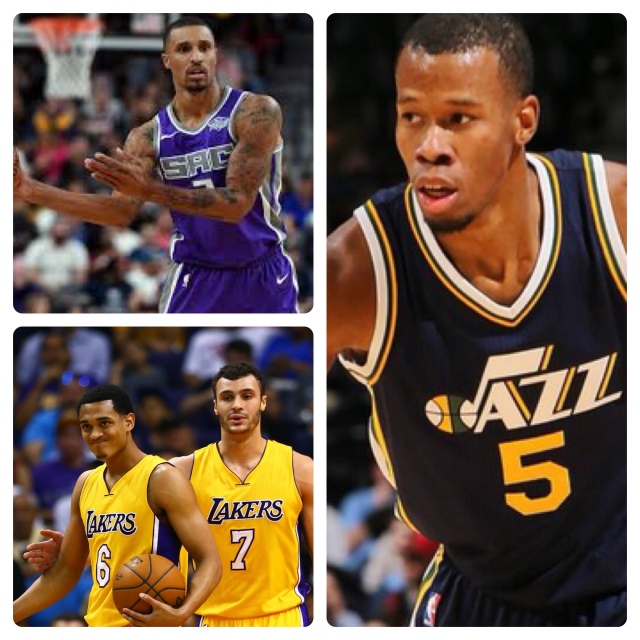 The shakeup came in the form of three trades as Thursday’s NBA Trade Deadline was coming to a close.

The team shipped out six players and their first round pick in this year’s NBA Draft for four new players who will bring youth, athleticism and some defensive help which was all needed for this team.

The shakeup was done to not only improve the team for the present time but also the future as they try to better themselves in the hunt for the Eastern Conference as they will have to faceoff against Boston who also has a strong blend of youth and veteran players.

The team also did this to make a strong case for Lebron James to stay beyond this season when he has the opportunity to become a free agent.

Rumors have swirled in recent weeks that James was unhappy with the direction of the franchise and that owner Dan Gilbert was focusing on the future instead of trying to win now while James was still here.

Gilbert along with general manager Koby Altman silenced those rumors for the time being and with the additions of Nance, Clarkson, Hill and Hood, the team is now armed to make another deep postseason run and a possible fourth consecutive trip to the NBA Finals as the team pursues another championship.

Nance and Clarkson were two of the young pieces the Lakers had laid their new foundation upon and both beginning to enter the prime of their careers at the age of 25.

Clarkson is a young athletic guard who has provided instant offense off the bench for the Lakers since being drafted as a second round pick in 2014.

Nance Jr. is no stranger to Northeast Ohio as he was born and raised in the area as his father played for the Cleveland Cavaliers during the late 80s and early 90s and also has his #22 retired by the franchise.

He attended and graduated from Revere High School before going to the University of Wyoming for college basketball.

A first round pick for the Lakers in 2015, Nance has been primarily a guy off the bench much like Clarkson but will likely start for the time being in Cleveland with Kevin Love sidelined with his broken finger.

Nance’s career averages are 6.9 points and 5.7 rebounds per game but this season has been his best averaging 8.6 rebounds and 6.8 rebounds in 42 games (17 starts). Per 36 minutes, Nance would be currently averaging 14.1 points and 11.1 rebounds and I’m sure as a starter, we’ll see how much of a talent he truly is.

George Hill is a name that’s been floated around in trade rumors with the Cavaliers for the last month. A deal was nearly done almost a month ago for Shumpert, Frye and Rose for Hill but was halted during negotiations.

Hill is a threat on both offense and defense and has shown that throughout his career with San Antonio, Indiana, Utah and Sacramento during his ten year career. He’s a career average of 11.7 points per game and can knock down the three point shot with a career average of 38.4% but this season has been his best as he leads the entire NBA at 45.3%

He’s also known as a good defensive guard which is something the Cavaliers were lacking with Isaiah Thomas as their point guard. Hill should instantly upgrade that when he steps on the floor.

Rodney Hood is a player that’s been getting better and better with each season since the Jazz drafted him in the first round back in 2014. He’s long at 6’8 and very athletic for a two guard which helps on both ends of the floor.

This season he was rotating back and forth between starting and coming off the bench. In 39 games (12 starts), Hood is averaging 16.8 points per game, shooting 42% from the field and 39% from three point distance.

He’s also an upcoming restricted free agent so his future in Cleveland will be an interesting one to watch but much like Clarkson and Nance, he’s 25 years old and I think he’s entering his best part of his career and I’d hate to see the Cavaliers let him walk this summer.

The best part of the deadline for Cleveland was that they didn’t have to surrender the first round pick from Brooklyn that they obtained in the Kyrie Irving trade last August. That is a great asset to possess and the team didn’t need to move it unless they were getting a superstar with multiple years left on a contract.

There was talk of potentially acquiring DeAndre Jordan or Kemba Walker but both had none or one year left on a contract and the Cavaliers couldn’t afford to surrender that pick for either one of those players.

The team can hold on to that and either add a talented rookie in the draft or trade it on draft night in a package with Kevin Love, Tristan Thompson and/or JR Smith in a blockbuster trade to add another superstar alongside Lebron James.

The Cavaliers had a great trade deadline and it’ll be interesting to see what lies ahead for the Wine and Gold down the stretch towards the playoffs.