The Cleveland Browns had a pretty good first day of the 2015 NFL Draft selecting two good football players and two good people in Danny Shelton and Cameron Erving. They came into the second day with the 43rd and 77th overall selections and while fans were pining for a wide receiver, general manager Ray Farmer stuck to his guns and stayed true his philosophy of sticking to the draft board. 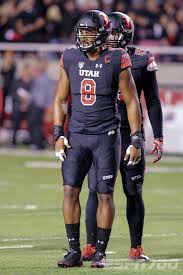 After trading their 43rd and 229th overall selections to the Houston Texans in exchange for the 51st, 116th and 195th overall selections, the Browns drafted Nate Orchard, defensive end from Utah. Orchard was second in the NCAA with 18.5 sacks last season for the Utes. The Browns needed another pass rusher on their defense alongside Paul Kruger (who’s also from Utah and has been mentoring Orchard over the last couple years) after Jabaal Sheard left for New England in free agency and Barkevious Mingo hasn’t lived up to expectations after being a top 10 pick in 2013. Orchard will need some development but I believe he can make a good contribution to getting after the quarterback for the Browns. 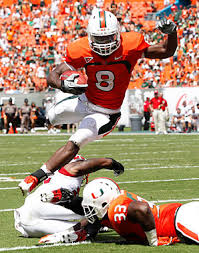 In the third round, the Browns took Duke Johnson, running back from the University of Miami with the 77th overall selction. Now people are probably wondering why the Browns drafted another running back when they just drafted Terrance West last year and found success from undrafted rookie Isaiah Crowell. Browns offensive coordinator John DeFilippo likes to have a pass catcher out of the backfield and Johnson does just that catching 38 passes for 421 yards and 3 touchdowns last season for the Hurricanes. And Johnson is the perfect running back for the zone blocking scheme the Browns run. Johnson can also play special teams and do punt and kickoff returns. 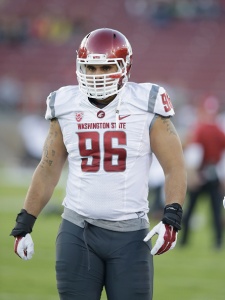 The Browns traded up into the late 3rd round trading the 111th, 147th and 202nd overall selections to the New England Patriots for the 96th and 219th overall selections. They selected Xavier Cooper, defensive tackle from Washington State University. Cooper isn’t the most powerful player but the draft experts say he has great hands and it helps be a disruptive pass rusher in the middle. Cooper adds to the already stacked depth at the defensive tackle position with Phil Taylor, John Hughes, Ishmaa’ily Kitchen and first round pick Danny Shelton. I would imagine Taylor or Kitchen could be on the move in the future.

After Day 2, I’ll say the Browns had another good night. Farmer stuck to his plan and took the players that were the best available on his draft board. Farmer along with head coach Mike Pettine are also sticking to how they want to play Cleveland Browns football: running the ball and playing great defense and that’s how they’ve addressed the draft. With five picks tomorrow including two picks each in the fourth and sixth rounds, I expect they’ll continue to look for the best players available that will help the Browns become a better football team.