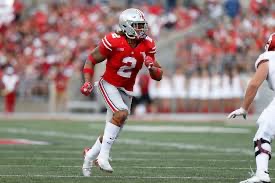 The NCAA’s investigation into Ohio State defensive end Chase Young has been completed and has decided to suspend Young for Ohio State’s next game against Rutgers.

BREAKING: The NCAA has concluded its review. #OhioState star DL Chase Young will sit one more game (against Rutgers) and then will return for the rest of the season.

Young will return on November 23 against Penn State.

Ohio State suspended Young last week after a NCAA issue was discovered surrounding a loan that Young was given to by a family friend last season.

Young was reportedly compliant and forthcoming about the loan, to which he paid back after reportedly using the loan to fly his girlfriend to the Rose Bowl Game.

The Buckeyes didn’t miss Young during their 73-14 victory against Maryland that saw their defense record seven sacks against the Terrapins. Ohio State should have no issue this weekend against Rutgers where they’re currently 52-point favorites.

Young has been practicing with the team and should be fresh and ready to get after the two biggest games of the season with Penn State coming next week and Michigan on November 30.

In eight games this season, Young has 29 tackles (15.5 for a loss) and 13.5 sacks which leads the NCAA. Young is also top overall prospect heading into the 2020 NFL Draft which he is expected to declare following this season.