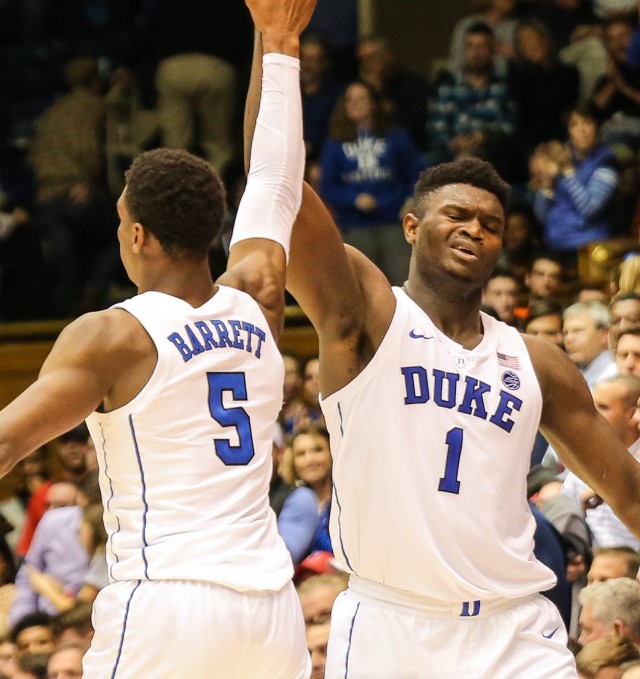 This season for the Cleveland Cavaliers has been a long and painful one for the organization and the fan base.

After going to four consecutive NBA Finals and winning the 2016 NBA championship, the team took the long spiral back down to irrelevancy with the exit of Lebron James.

With their 120-114 loss to the Golden State Warriors, Cleveland clinched a share of the best odds for the #1 pick in the NBA Draft Lottery which will take place on May 14. The Cavs will share that with the New York Knicks (15-64) and the Phoenix Suns (19-61).

The draft lottery format has changed with hopes that “tanking” would be eliminated and the odds for the worst teams in the league are basically even now with the odds to get a pick lower get increased.

Of course everyone is focused on the top three players in the draft as they stand right now: Duke’s Zion Williamson and RJ Barrett along with Murray State’s Ja Morant.

They have been the top three players ranked on most draft websites and the national experts who scout the top prospects. Barrett came into the season as the top prospect but was quickly supplanted by Williamson early in the season with Morant rising with his dominant play all the way through the NCAA tournament.

All three players would be a great addition to the Cavaliers roster but it’s clear that the fan base wants Zion Williamson the most out of the top three.

He’s a transcedent talent that would bring the attention back to the organization and could arguably help launch the Cavs back into the playoffs. Pairing him up with a healthy Kevin Love in the front court would be something exciting to watch.

Same with potentially adding Morant to the backcourt with Collin Sexton who has had a solid rookie season. It would create a smaller backcourt than you would like as an NBA team but it would be better for Sexton who isn’t a natural point guard which Morant is more of.

A lot of people are down on Barrett but if the Cavs ended up with the third or fourth pick he would be a solid pick. He needs to work on his shooting but he can score and was a solid defender for Duke during the season.

If Cleveland were to fall out of the top three, I would hope they can get fourth because Jarrett Culver out of Texas Tech would also be a solid pick at that spot. Helping lead Texas Tech to the Final Four, Culver is an excellent scorer with room to grow in that facet and like Barrett has been a solid defender except I think Culver can be an elite defender at the NBA level.

The present time of the Cavaliers seems bleak but depending on how the ping pong balls fall next month, the future could look very bright once again for the Wine and Gold.