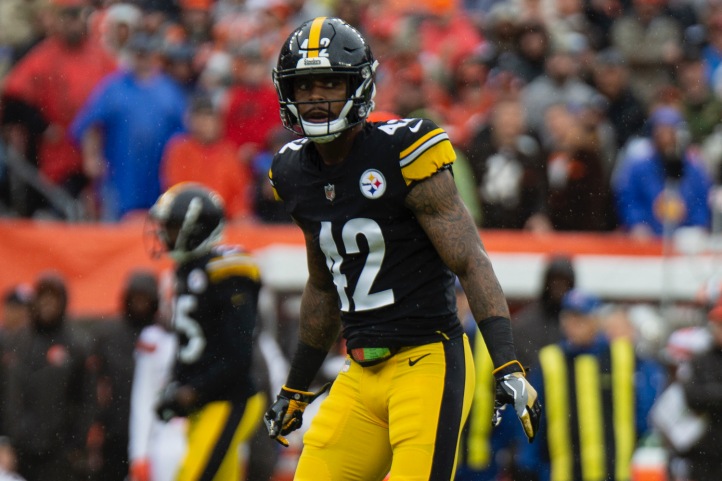 The Cleveland Browns have made moves this week in their secondary with the release of Derrick Kindred and the acquisition of Eric Murray from the Chiefs.

They’re making another addition with the signing of former Packers and Steelers safety Morgan Burnett. Mary Kay Cabot of Cleveland.com was the first to report the signing and ESPN/NFL Network have reported it’s a two-year deal.

Burnett was released by Pittsburgh on Monday after requesting to be moved after one season with the team.

He played in 11 games for the Steelers last season and graded above average according to Pro Football Focus but I think it was clear Pittsburgh wanted to go with last year’s first-round pick Terrell Edmunds moving forward.

In those 11 games with Pittsburgh, Burnett had 30 tackles and 6 pass deflections.

The 30-year-old safety has ties to the Browns organization through the front office as well as the roster.

He was drafted by the Green Bay Packers in the 2010 NFL Draft which had general manager John Dorsey as well as assistant GM Eliot Wolf and Vice President of Player Personnel Alonzo Highsmith in the Packers front office at the time of the selection.

In eight seasons with the Packers, Burnett had 717 tackles, 7.5 sacks, 8 forced fumbles and nine interceptions. His rookie season in 2010 was capped off with being part of the Packers’ Super Bowl XLV championship team.

Burnett also shared the secondary in Green Bay with Damarious Randall from 2015 to 2017 and a tweet by Randall on Thursday night should’ve gave Browns fans the hint that the addition of Burnett was coming.

The Browns with this addition now head into the NFL Draft with hypothetically not having any glaring holes in their projected starting lineup. Clearly the need for depth is still there and that’s a good thing to have going into the draft where they can fill those depth issues with the eight picks they currently hold.

I still wouldn’t be surprised if they draft a safety early because Burnett is 30 years old and Murray is still a unknown commidity at this point but they have filled the void left by subtracting Kindred and Jabrill Peppers off the roster this offseason.