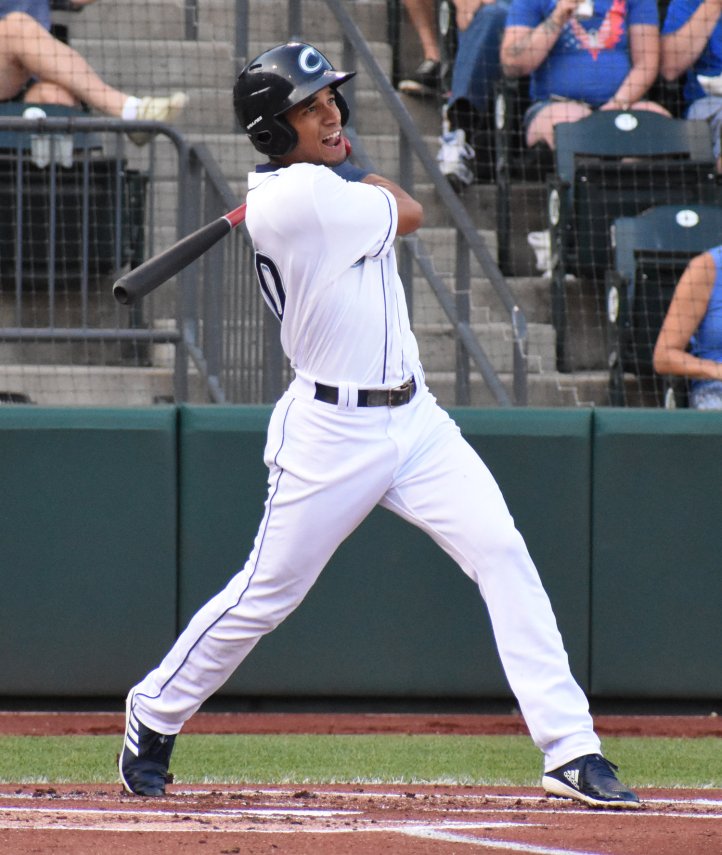 The Indians outfield has a lot of question marks heading into 2019 and many are wondering who is going to make the impact needed to give the organization and fan base hope that not pursuing other options was the right choice.

One player that is doing just that during spring training is outfield prospect Oscar Mercado.

The 24-year-old center fielder is showing why the Indians acquired him from St. Louis at the trade deadline last July with what he’s been able to do at the plate this spring.

A "prodigious blast" is high praise from Hammy!

In 14 games so far, Mercado is hitting .444 with three home runs and eight runs batted in and a 1.333 OPS in 27 at-bats. I get that is just spring training and also a small sample size but the potential is there with Mercado.

He currently sits as the 16th ranked prospect in the Indians farm system and is also on the team’s 40-man roster. His MLB.com scouting report says he needs more work on refining his approach at the plate and still has raw power but you see he has the tools to be an everyday player in the major leagues.

Mercado is excellent as a base runner with 37 stolen bases in Triple-A last year and also graded as a solid defensive outfielder.

If he continues to impress, you have to wonder what the team’s plan is for Mercado for the 2019 season. They currently have Greg Allen and Leonys Martin projected to split the center field position and both are also playing well so far this spring.

If Allen doesn’t get off to a great start, I could see the team sending him down and letting Mercado get his opportunity in the major leagues. Allen struggled at the plate last season batting only .254 in 91 games. With the Indians window still open to compete, I’m not sure how patient they’ll be with him this season if he can’t produce.