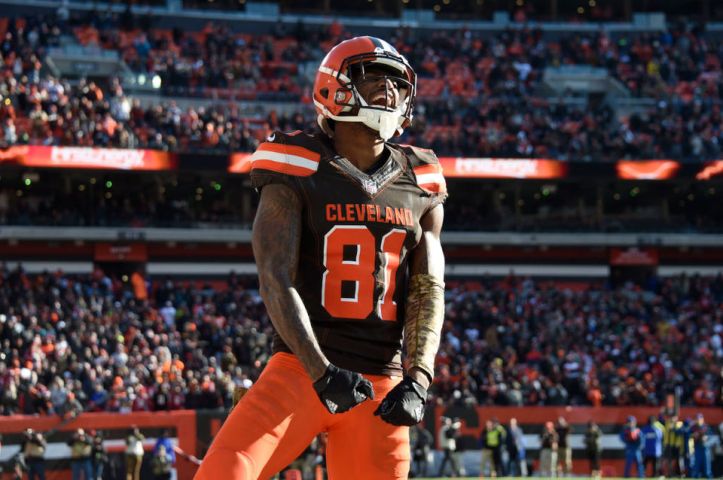 The Cleveland Browns gave a tender to restricted free agent Rashard Higgins on Friday, at least securing he’ll be with the team in 2019 if he signs it.

Cleveland gave him an original round tender ($2.025 million) which means if Higgins signs with another team and the Browns don’t match the offer sheet, the Browns would receive a fifth-round pick in return.

Higgins had 39 catches for 572 yards and four touchdowns in 13 games last season as he was one of Baker Mayfield’s favorite targets on offense. The chemistry those two had was established during training camp and it carried over into the regular season.

Higgins was a fifth-round pick out of Colorado State in 2016 by former football executive Sashi Brown. He had two flashes of potential during the 2017 season against Baltimore and Pittsburgh but no one was sure if he’d be a lock to make the team last season until people witnessed his chemistry with Mayfield.

You would think because of that chemistry that the team would try to keep Higgins around to please Mayfield but it appears as though they’ll let him test the market to see what his agent thinks he can get on the open market.

If the Browns don’t match the potential offer sheet, you would have to think the Browns may have something else coming down the pipeline at the wide receiver position because behind Jarvis Landry and Antonio Callaway, there’s a lot of unknown with Higgins and Breshad Perriman testing the free agency market.