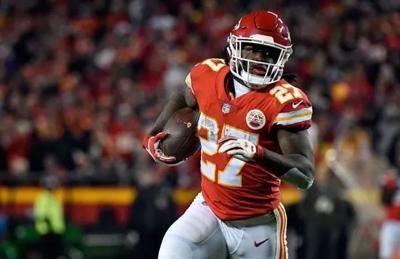 The Cleveland Browns have made their first major free agent signing of the offseason and it’ll be a controversial one.

The team has signed former Chiefs running back Kareem Hunt according to their website and general manager John Dorsey issued the following statement:

“My relationship and interaction with Kareem since 2016 in college was an important part of this decision making process but we then did extensive due diligence with many individuals, including clinical professionals, to have a better understanding of the person he is today and whether it was prudent to sign him. There were two important factors: one is that Kareem took full responsibility for his egregious actions and showed true remorse and secondly, just as importantly, he is undergoing and is committed to necessary professional treatment and a plan that has been clearly laid out.”

Hunt also released a statement through the team:

Hunt led the NFL in rushing with 1,327 yards with 8 touchdowns as a rookie in 2017, marking the second consecutive season a rookie won the rushing title (Ezekiel Elliott in 2016).

He also caught 53 passes for 477 yards and three touchdowns and was selected to the Pro Bowl while also collecting the PFWA Rookie of the Year Award.

Then in late November, Hunt’s professional and personal life took a major hit.

A video was leaked through TMZ of an incident that took place in Cleveland in February 2018 showed Hunt in an altercation with a woman that included Hunt hitting and kicking the woman.

The NFL placed Hunt on the commissioner’s exempt list and the Chiefs released him on November 30 after the team said that Hunt lied to them about the incident when they were investigating it.

Now I will say that I’m a firm believer in second chances for people but I do not like men who hit women and also lie about it to other people including their employers.

Hunt was completely wrong and I fully expect the NFL to suspend him for a portion of the 2018 season for his actions.

Looking at the football side of this situation. Hunt brings a dual threat to the Browns as a running back. He’s been great as a both a runner and a receiver during his short NFL career.

The Browns now have three weapons in the backfield in Nick Chubb, Duke Johnson and Kareem Hunt and the thought of what Freddie Kitchens and Todd Monken can do with them offensively is very intriguing.

However, I don’t think we’re going to see it for some time because like i mentioned above, I fully expect Hunt to serve a suspension of at least six games.

It’s a low risk, high reward situation for the Browns but they will definitely face some PR backlash for this in the coming days.