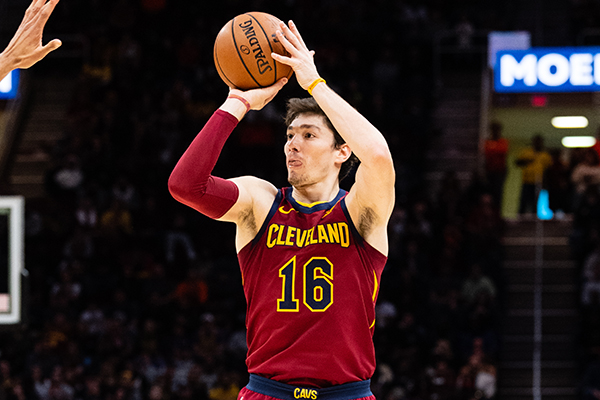 In a season that has been one of the worst in franchise history, the Cavs will still be represented at All-Star Weekend in a few weeks.

Second year forward Cedi Osman will represent the team as well as his home country of Turkey as he will particpate in the Rising Stars Challenge as a member of Team World.

The 23-year-old small forward will be the first Cavs player since Matthew Dellavedova in 2015 to play in the game and will be playing alongside the likes of Ben Simmons and Luka Doncic in the USA vs World matchup.

Osman’s role with the Cavaliers has increased in his second season and at times has been one of the few bright spots on the team that is currently 10-41, the worst record in the NBA.

He’s shooting 41.6% from the field and 32% from three-point distance, the shot he’s been working on since last summer under the guidance of former Cavalier Kyle Korver.

During this month, Osman has seemed to improve on the court averaging 14.1 points on 46.7% shooting (36.8% from 3-pt) including back to back games against Boston and Miami where he scored 25 and 29 points, both career high games in succession.

His defense is still a glaring hole in his game as advanced analytics has his defensive rating at 119 which is one of the worst in the NBA.

It’s unclear what his future with the organization is and according to some in the local media, Osman has been garnering trade interest from playoff contenders. Despite the team’s struggles, Osman is a fan favorite and I think fans would be disappointed if he was dealt by next Thursday’s trade deadline.

For him to make this showcase of the league’s young talent, it does prove that their is talent on this struggling young squad and would in theory give fans hope for the future if players like Osman can continue to make strides.