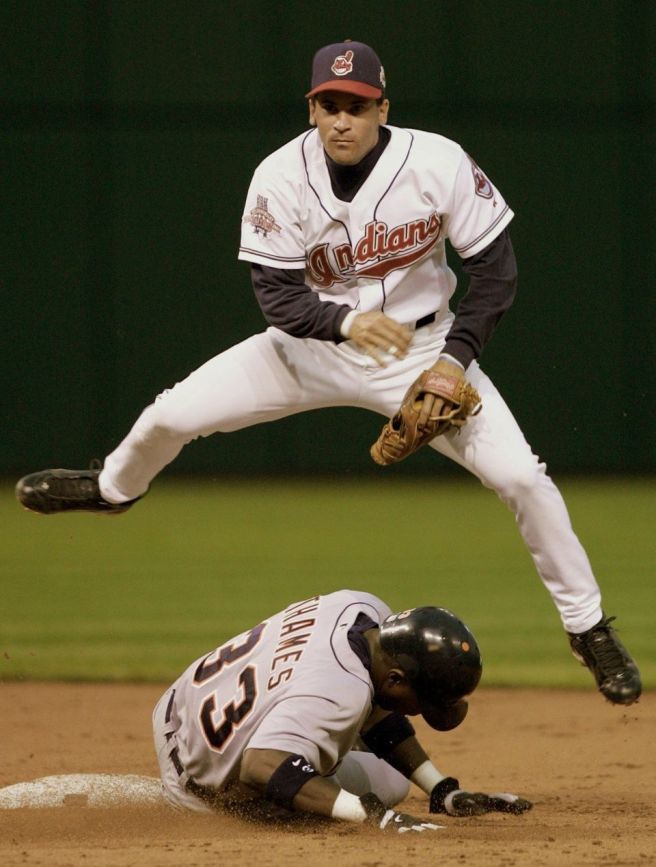 Former Indians shortstop Omar Vizquel made a good jump in his second year on the Baseball Hall of Fame ballot but will not be part of the 2019 class.

The former three-time All-Star and eleven-time Golden Glove Award winner was on 42.8 percent of the ballots but did not get the 75% necessary to be enshrined in Cooperstown, New York but that day will come soon.

There’s no doubt that Vizquel will make the Hall of Fame, it’s just a matter of when he gets that phone call.

In his 24-year career, the shortstop from Venezuela dazzled his glove for the Mariners, Indians, Giants, Rangers, White Sox and Blue Jays being one of the greatest defensive shortstops ever in the game.

The peak of his career was the eleven seasons he spent with the Cleveland Indians from 1994 to 2004.

He was already established as a defensive wizard with the Mariners when the Indians acquired him for Felix Fermin, Reggie Jefferson and cash in December 1993.

Vizquel was dropped into an infield that included Carlos Baerga, Jim Thome and Paul Sorrento and a lineup that included Albert Belle, Kenny Lofton and an upcoming rookie named Manny Ramirez.

Vizquel was there through it all and even through his final three seasons with the team as they were rebuilding, he stayed loyal to Cleveland when others left for the big contracts.

I don’t think anyone expected him to be a first ballot Hall of Famer with writers only being able to select ten players on the ballot and the ballot having such big names on it the last two years, it makes things difficult for voters especially with the “Steroid Era” players such as Roger Clemens, Barry Bonds and Manny Ramirez.

Looking ahead to the 2020 ballot, it’ll feature former Rockies great Larry Walker on his final ballot and newcomers like Derek Jeter, Jason Giambi and Alfonso Soriano will be on their first ballot.

I think Jeter and Walker are locks in my opinion to make the 2020 class and then it’s a toss up.

Vizquel should make another jump especially with guys coming off the ballot but I’m not sure 2020 will be the year he makes it.