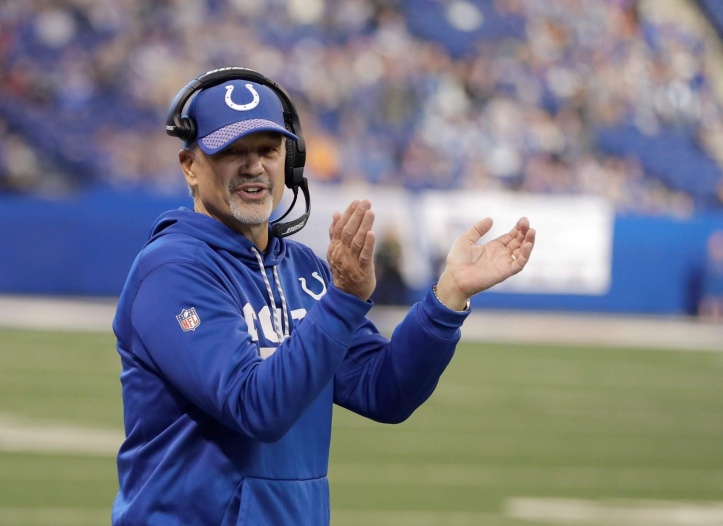 With Gregg Williams being relieved of his duties on Wednesday, new Browns head coach Freddie Kitchens should be searching for a veteran defensive coordinator to lead that side of the ball.

It looks like he’s trying to do just that.

Chuck Pagano might be the front-runner for the DC job in Arizona. But new Browns coach Freddie Kitchens is also very interested in him, per source.

Pagano has been out of football for the last year since being the head coach of the Indianapolis Colts from 2012 to 2017.

The 58-year-old went 53-43 in six seasons with the Colts, making the playoffs in three of those seasons including advancing to the AFC Championship game in 2014.

He has a defensive background that goes back over 30 years to his start as a linebackers coach at Boise State.

Pagano was in the college ranks through 2000 coaching at East Carolina, UNLV and Miami either as an assistant or coordinator.

He followed Butch Davis to the NFL when he was hired as the secondary coach under Davis for the Cleveland Browns from 2001 to 2004.

After Davis resigned during the 2004 season, Pagano moved on to the Oakland Raiders as the defensive backs coach for a few seasons.

The Ravens in 2011 were the third best in the NFL in terms of points and yards allowed.

The passing defense which has been Pagano’s speciality as coach improved from 21st to 4th in the league in yards allowed. They also had 17 interceptions and allowed the fewest passing touchdowns in the league.

Many will say that the Browns should avoid hiring Pagano because a runs a 3-4 base defense where the Browns have the personnel to run a 4-3 base defense.

However in today’s NFL, defenses run more sub-packages (4-2-5 for example) and don’t run a lot of their base schemes during games so I don’t think that should be a reason to shy away from Pagano.

Pagano would be the perfect hire for a first time head coach which is why teams like Arizona and Cleveland are pursuing him.

Hiring him would let Kitchens be able to focus on the offensive side of the ball which is his speciality and Pagano would be able to have complete control of the defense and bring in his assistants much like Williams was able to do during his tenure in Cleveland.