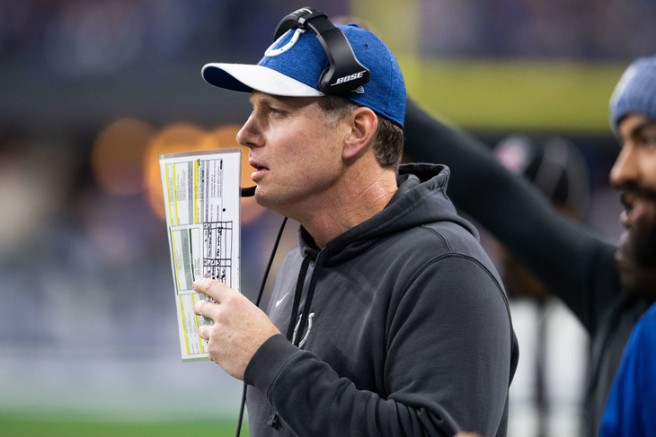 Indianapolis Colts defensive coordinator Matt Eberflus put together a solid defensive game plan as the Colts advanced to the Divisonal Round of the NFL playoffs.

Now he’ll turn towards perhaps the biggest interview of his coaching career on Sunday as he’ll interview for the head coaching position of the Cleveland Browns.

The 48-year-old has been coaching in the NFL for the last ten years and in only his first season as a defensive coordinator, he has earned the opportunity to become a head coach in the NFL.

At the beginning of the season, no one was really talking about the Colts defense as a dominant or elite-level defense.

A solid blend of youth and experience on all three levels of defense that include some former Browns such as defensive end Jabaal Sheard and cornerback Pierre Desir.

The biggest surprise on their defense was rookie linebacker Darius Leonard who was a first-team All Pro after the second-round pick racked up 163 tackles, 7 sacks, 4 forced fumbles and two interceptions.

In Saturday’s win against Houston, the Colts defense held the Texans offense to 7 points and 322 yards while also getting 3 sacks and an interception against quarterback Deshaun Watson.

Eberflus’ last calendar has probably felt like a whirlwind after he was picked to originally be Josh McDaniels’ defensive coordinator when McDaniels agreed to become the Colts head coach.

McDaniels backed out and returned to New England at the last moment leaving Indianapolis to restart their search which eventually led to the hiring of Frank Reich.

The organization stood by Eberflus despite the circumstances and it looks like it’s paying off for both parties.

Before he became a defensive coordinator, Eberflus was a starting linebacker for his hometown school, the Toledo Rockets in the late 1980s/early 1990s earning All-Conference honors in his junior and senior seasons.

After graduating, he joined the Rockets coaching staff where he was a linebacker and defensive back coaching during his nine-year tenure with the team. He then joined the Missouri Tigers defensive staff as their defensive coordinator as well as working with the defensive backs from 2001 to 2008.

Eberflus began his NFL coaching career with the Cleveland Browns under Eric Mangini from 2009 to 2010 as the linebackers coach.

His best success in Cleveland came from veteran linebacker David Bowens who had to transition from outside linebacker to inside linebacker with injuries sustained to D’Qwell Jackson and Eric Barton. Bowens had 71 tackles and 5.5 sacks during the 2009 season in that transition.

In 2010, second-year linebacker Marcus Benard had his best season a pro when he had 28 tackles and 7.5 sacks under Eberflus’ coaching.

Once Mangini was fired following the 2010 season, Eberflus was hired by Jason Garrett as the linebackers coach for the Dallas Cowboys.

Eberflus got to work with DeMarcus Ware, Anthony Spencer, Sean Lee, Bruce Carter, Anthony Hitchens, Rolando McClain, and Jaylon Smith  during his time with the Cowboys who all enjoyed great individual success under the coaching of Eberflus.