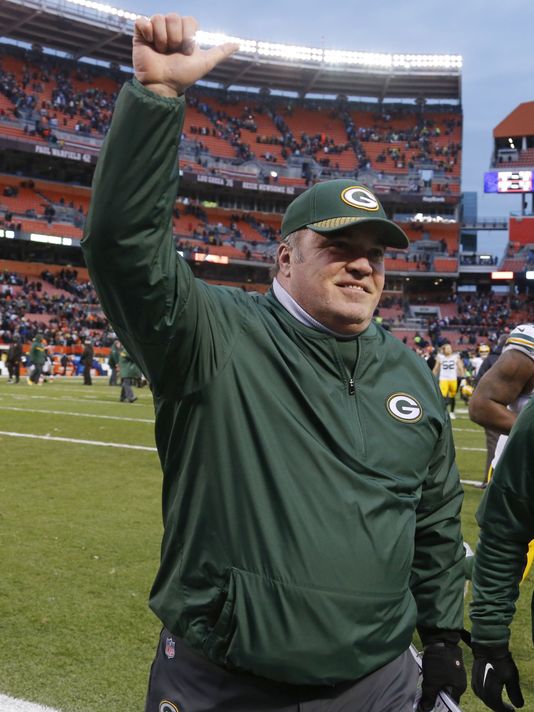 This pairing has been rumored for the last month since Green Bay fired McCarthy after thirteen seasons as the head coach of the iconic NFL franchise.

It’s most in part due to the relationship between McCarthy and general manager John Dorsey who worked in the Packers front office for nearly twenty years and alongside McCarthy from 2006 to 2012.

McCarthy also worked alongside Browns assistant general manager Eliot Wolf and Vice President of Player Personnel Alonzo Highsmith who both worked in Green Bay’s front office through 2017 when they both jumped to Cleveland to join Dorsey.

In 2010, McCarthy led the Packers as a 10-6 wild card team to went three road games and eventually beating the Pittsburgh Steelers to win Super Bowl 45, the Packers first championship in fourteen seasons.

However, he’ll probably be more remembered on a national level for essentially wasting away the prime seasons of Aaron Rodgers’ career. Rodgers has been called the best quarterback in the league and one of the best ever but with only one Super Bowl appearance and championship, he’ll never be truly be debated alongside Brady, Montana and Manning.

Of course it isn’t all on McCarthy but not adapting his offense as offenses have evolved around the NFL should raise a red flag to teams wanting to potentially hire him.

The 55-year-old head coach has also been pursued by the Arizona Cardinals and reportedly offered him full control of football operations but he doesn’t want the job.

The Browns are going to have a “wide-open” search according to national reports but a Cardinals beat reporter says otherwise.

Hearing former Packers coach Mike McCarthy will be the next head coach of the Browns.

I would like to think he’s just assuming based on the fact that McCarthy turned down the Cardinals but the rumors have been out there and Benjamin Allbright, an NFL reporter out of Denver told me a few weeks ago that McCarthy was one of the front runners for the job.