Morosi: Padres in talks with Indians for Corey Kluber 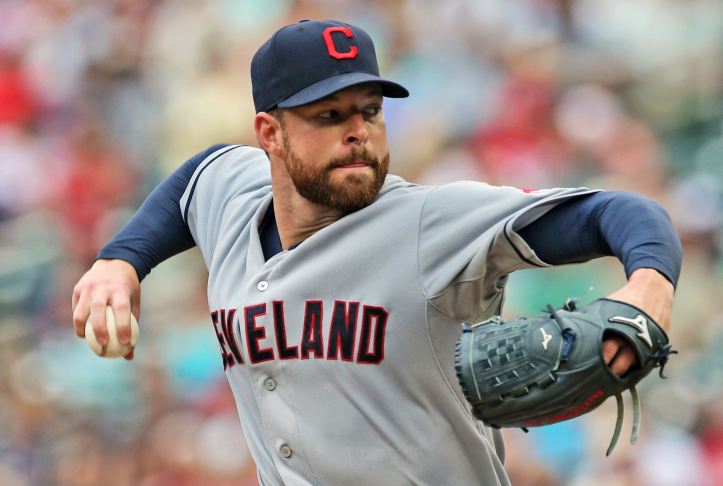 Another team has entered trade talks with the Cleveland Indians for pitcher Corey Kluber.

Jon Morosi of MLB.com reported on Wednesday that the San Diego Padres are one of many teams that are in conversations with Cleveland to potentially acquire the two-time Cy Young Award winner.

The Dodgers, Brewers, Phillies and Reds have also been linked and continue to talk trade with Cleveland as well. Morosi added that the Dodgers are still considered the favorites in trade talks.

San Diego has the major league ready pieces that Cleveland would like to get back in return but according to the report, they wouldn’t likely give up either of their top two prospects: shortstop Fernando Tatis Jr. or left handed pitcher MacKenzie Gore.

The Indians and Padres already have a good relationship when it comes to trade talks.

Back in July, the two teams worked out a trade that sent catcher Francisco Mejia to San Diego for relievers Brad Hand and Adam Cimber that bolstered the Indians bullpen and gave the Padres another top prospect for their deep farm system.

San Diego has also been linked in trade talks for Toronto starting pitching Marcus Stroman and it was rumored they were willing to deal two of their top 10 prospects for.

If the Padres and Indians are able to work out a deal, Cleveland should be at least getting back two major league ready players that were mentioned above and at least two top ten, maybe even top five prospects in the Padres farm system.

Stroman is coming off a bad 2018 season but has two seasons of control left while Kluber is coming off another top 3 Cy Young finish and has three years left at a team friendly deal worth $52.5 million if his two club options in 2020 and 2021 are picked up.

This report could also be a leverage move by the Indians to get a team like the Dodgers to increase their offer that Cleveland isn’t satisfied with at the moment.

The Dodgers have reportedly centered their trade package around their top prospect Alex Verdugo which the Indians would covet as a major league ready outfielder but in my opinion, the Indians are pushing for Cody Bellinger but the Dodgers won’t include him in talks as of now.

The Indians could be using these other teams in the National League to try and bait the Dodgers to put all their chips, including Bellinger on the table to get Corey Kluber and keep him away from the other teams vying for him.

I think it’s only a matter of time before this saga ends and I do think by the time we get to spring training in about two months, Corey Kluber will not be with the Cleveland Indians.