The time is now to make a change in Cleveland 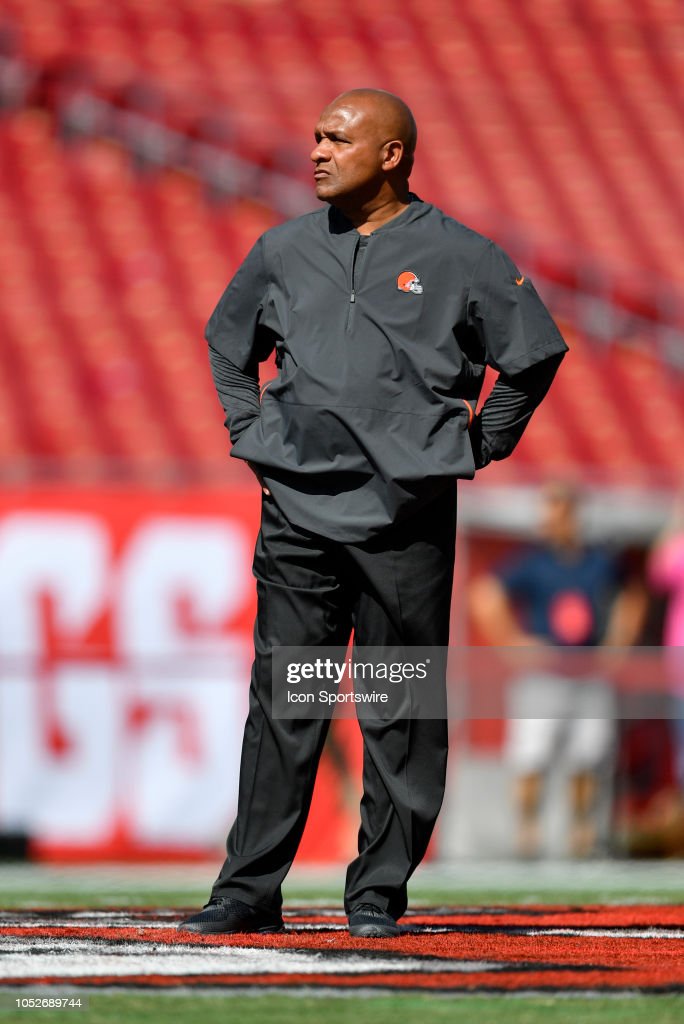 It’s time for the Cleveland Browns to make a change once again at the head coach position.

Hue Jackson is now 3-35-1 as the head coach of the Cleveland Browns since taking over the position in 2016. While many still want to blame most of that on former football executive Sashi Brown but Jackson deserves as much of the blame for this rough stretch of football.

The Browns are 2-10-1 in games where the margin of victory is three points or less since 2016 according to ESPN. It’s the worst record in that category by any NFL team.

The Browns sit at 2-4-1 on the season in the 2018 season but you can see that this team is better in terms of talent but the coaching is still a problem despite the fact Jackson relinquished the offensive play calling to Todd Haley. The team is undisciplined and while they may respect and like Jackson, he’s not the right leader for this young, yet talented group.

Following the Browns 26-23 overtime loss to Tampa Bay, Jackson once again didn’t hold himself accountable for the team’s performance but instead threw others under the bus, something everyone has grown accustom to during his tenure as head coach.

#Browns Hue Jackson says he’ll dive in and be more involved in the offense. “I’ll do whatever I need to do” to get this offense going. I’m the head coach of this football team” pic.twitter.com/k47lYjZoyV

If he’s honestly thinking about taking over the offense from Haley, then the Haslams or general manager John Dorsey need to step it and stop it.

In the two seasons Hue Jackson ran the offense, the Browns averaged 15.5 points per game which was the worst in the NFL. He ruined whatever potential DeShone Kizer had coming out of Notre Dame by throwing him out there from Day 1 and he refused to run the football when he had Duke Johnson and Isaiah Crowell who are both NFL-caliber running backs.

If the Browns make the move and let Jackson go which looks like we’re heading in that direction, many have asked who would replace him as the head coach.

Todd Haley would be the most likely choice to be the interim head coach. Many believe that’s why he took the offensive coordinator job because he knew Jackson was incompetent and he could potentially get another shot as an NFL head coach. Haley went 19-26 as the Chiefs head coach from 2009 to 2011 and made one playoff appearance during the 2010 season.

Gregg Williams also has head coaching experience as he was the head coach of the Buffalo Bills from 2001-2003 with a record of 17-31. It’s unlikely he would be the interim coach.

Al Saunders, who is a friend of Jackson and is still on the coaching staff could also be a potential interim coach and has head coaching experience but it’s unclear if he would leave if Jackson were to be fired.

It does sound like a change is potentially coming whether it’s sooner or later based on some reports from within the media.

Buckle up Browns fans because it looks like change is once again on the horizon and it’s much needed.