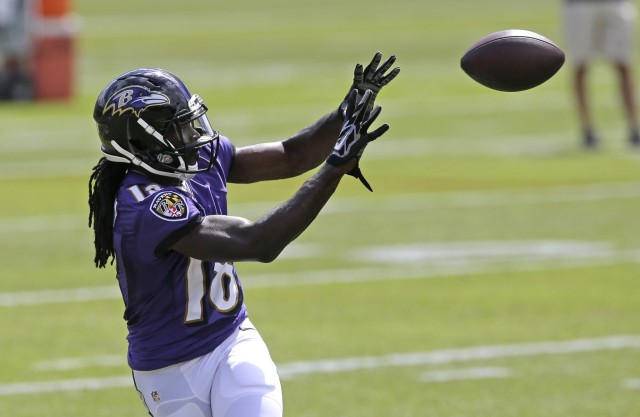 The Cleveland Browns added a wide receiver on Saturday, just not one anyone was hoping or expecting.

The team announced they signed former first-round pick Breshad Perriman to the active roster in a corresponding move to placing rookie Derrick Willies on injured reserved after fracturing his collarbone during Thursday’s practice.

It’s unclear if Willies will have to miss the rest of the season but going on injured reserve means he’ll be out for at least the next eight weeks including Sunday’s matchup against the Los Angeles Chargers.

Perriman was drafted with the 26th overall pick by the Baltimore Ravens in the 2015 NFL Draft out of Central Florida. Baltimore released Perriman at the end of preseason after two seasons of injuries and poor production. He spent one week with the Washington Redskins earlier this season.

He has good size for a receiver at 6’2 and was timed at 4.24 and 4.27 at the 2015 Scouting Combine, Perriman biggest set back has been his hands and staying healthy.

Perriman missed his rookie season with a knee injury. He came back in 2016 and was decent with 33 catches for 499 yards and three touchdowns in all 16 games. He also had 5 drops which was tied for 16th most in the NFL.

His 2017 season seen a dramatic drop off as he appeared in 11 games and only caught 10 passes for 77 yards.

For a team that already has ten drops through five games, one would have thought that the Browns would have signed a reliable wide receiver to add to the offense. This move is definitely a head scratcher as it stands.

It’s unclear if Perriman will be active for the Chargers although with the Browns having just four active wide receivers, they may give Perriman a crash course on the offense or just try and keep it simple for the 25-year old and utilize his 4.2 speed against a depleted Chargers secondary.