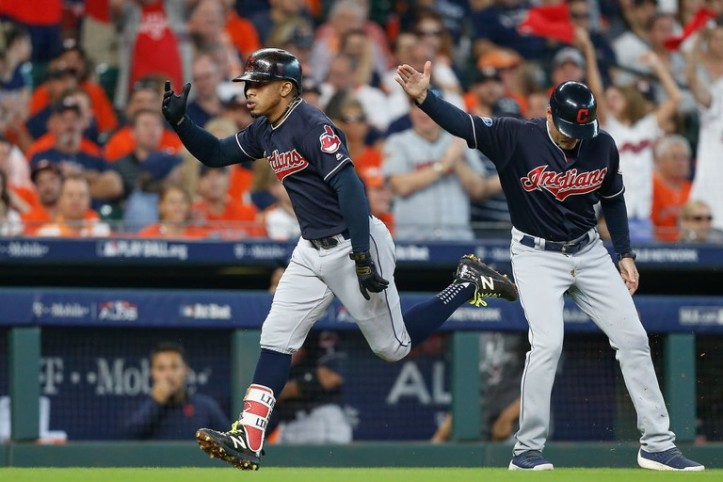 A lot can change in a year.

The Cleveland Indians are now facing elimination as they return to Cleveland for an all important Game 3 against the Houston Astros on Monday.

Gerrit Cole was dominant in his seven innings of work giving up just three hits, one earned run courtesy of a Francisco Lindor solo home run and struck out 12 Indians hitters. Ryan Pressly and Roberto Osuna came in and closed out the final two innings for Houston.

The Indians bats have gone ice cold through the first two games of this series with an average of .100 (6 of 60). This comes off the regular season where they averaged close to nine hits a game and a batting average of .259 which was second best in the American League.

Lindor’s solo shot in the third inning has been the lone highlight of the Indians offense but when you go up against two aces in Verlander and Cole who are clearly at their best right now, it’s hard to get anything going at the plate.

Carlos Carrasco put together a good outing but many were questioning whether or not he was pulled too early by Terry Francona. Carrasco only threw 77 pitches in 5.1 innings before Andrew Miller came in during the bottom of the sixth.

Francona likely didn’t want to make the same mistake he made in Game 1 leaving Corey Kluber out too long until it was too late and the damage was done by Houston.

Jose Altuve and Alex Bregman got on base before the pitching change and then Miller gave up a RBI double from Marwin Gonzalez which drove Altuve and Bregman in. Miller’s pitches were all over the place and he was pulled after just nine pitches.

Trevor Bauer came out of the bullpen for the second consecutive game and went 1.2 innings giving up a solo home run to Bregman in the seventh. It’s unclear if Bauer will remain in the bullpen or start Game 4 or 5 if the Indians can extend the series to that situation.

Mike Clevinger will go for the Indians in Game 3 while Houston will have Dallas Keuchel on the mound as they look to close out the series and advance to the ALCS for the second year in a row.