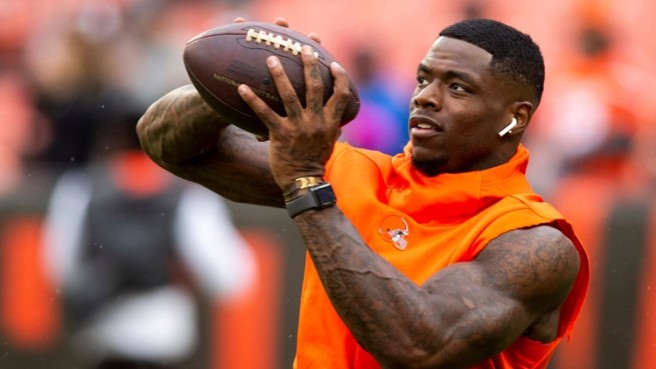 The Josh Gordon saga is officially over.

The Cleveland Browns have sent the former All-Pro wide receiver and a 2019 seventh-round pick to the New England Patriots for a fifth-round pick.

If Josh Gordon isn’t active for ten games this season, Cleveland will have to send that seventh-round pick to New England.

Multiple reports have said that Gordon, who injured his hamstring during a photo shoot on Friday night which became the final straw for the Browns is fine after being checked out by doctors today.

Gordon should be good to go to play for New England this Sunday against the Detroit Lions.

For Cleveland, it’s amazing that they got even a fifth-round pick for Gordon with all the baggage that he comes with. Multiple teams including the Cowboys, 49ers and Redskins talked with the Browns but it looks like the Patriots made the best offer.

With the trade, it ends a six-year saga between Gordon and the Browns that involved multiple suspensions and a 2013 season that was one of the best by a wide receiver in NFL history.