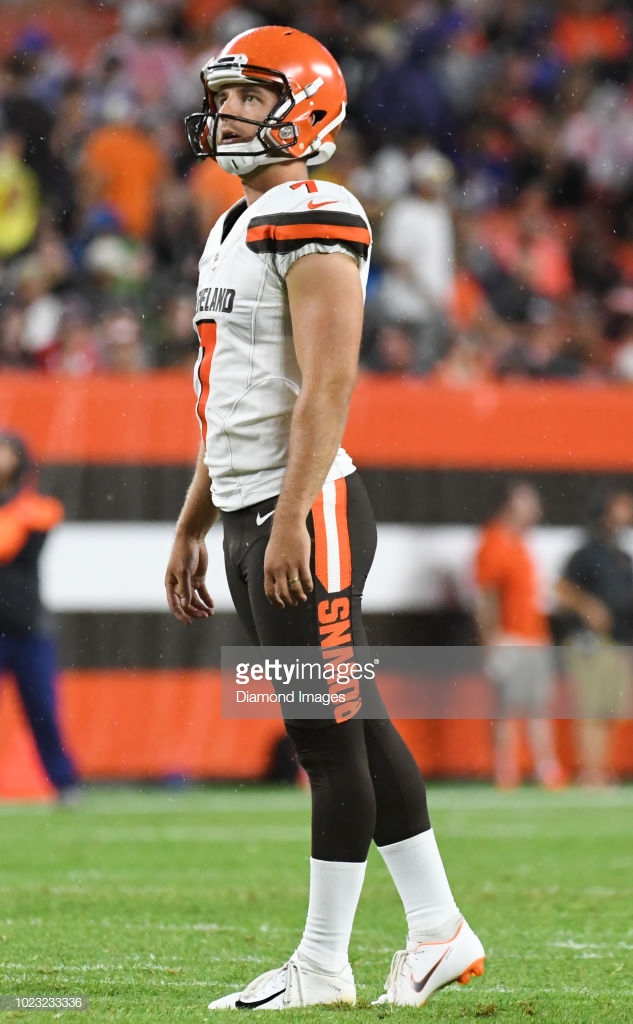 The deadline for NFL teams to trim their rosters to 53 is at 4 p.m. on Saturday but teams are already starting to release players including the Cleveland Browns.

When the team announced the signing of offensive lineman Earl Watford on Tuesday afternoon, they also made the announcement that they released six players.

The most notable name of the released players was Ross Martin who was competing with Zane Gonzalez for the kicker position on the team. The Solon native and Walsh Jesuit graduate signed with the Browns back in June and attempted one field goal during the preseason which was a 31-yard field goal he made against Buffalo in the Browns 19-17 loss to the Bills.

Bowen and Gray were on the third string of the offensive line and neither were ever mentioned as strong candidates to make the final 53-man roster.

Frazier was claimed by the Browns off waivers in May after he was released by Seattle.

Evan Berry, who is the brother of Chiefs safety Eric Berry signed with the Browns as an undrafted free agent after the 2018 draft. He competed for a spot in the wide receiver room as well as a kick returner which he was an All-American at Tennessee.

Allen was also an undrafted free agent signing. He was waived with a injury designation on August 19 but when he wasn’t claimed, the team placed him on injured reserve with an abdominal injury.