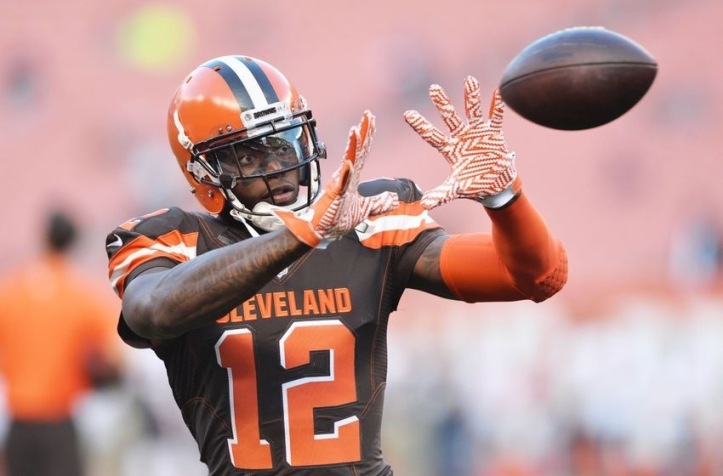 Browns wide receiver Josh Gordon was activated by the team off the non-football injury list on Saturday.

The team said he would participate in walkthroughs during Saturday’s practice as part of the process for his return to the football field. However, Gordon is also eligible to practice and play in games.

What does the #Browns latest move with #WR Josh Gordon mean? Per @NFLprguy, Gordon is “cleared to return to all activities, including games.” It’s more than just walk-throughs. He’s officially back.

Gordon returned to the team last Saturday after spending three weeks away from the team to deal with “physical and mental health” to prepare him for the upcoming 2018 season. His stepping away was in agreement with the NFL and they put the plan in place for his return.

During the last week, Gordon was allowed to participate in team meetings and individual conditioning while the team was practicing. While he looks to be in great physical shape, the team is taking their time with him to get him in “game shape” before putting him on the field.

It’s unknown whether the Browns will have Gordon play in next week’s preseason finale against the Detroit Lions but it may be smart to give the wide receiver a limited snap count to get him some in-game reps before the regular season opener on September 9 against the Pittsburgh Steelers.

Gordon returned to football at the end of last season after a two and a half year absence due to violations of the NFL’s substance abuse policy. He appeared in five games with 18 catches (42 targets) for 335 yards and a touchdown.