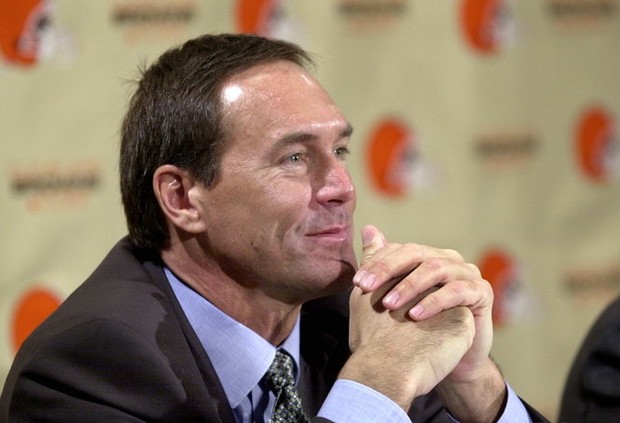 Former San Francisco 49ers wide receiver and Browns general manager Dwight Clark passed away on Monday after a year long battle with ALS. His wife made the announcement on his official Twitter account.

I’m heartbroken to tell you that today I lost my best friend and husband. He passed peacefully surrounded by many of the people he loved most. I am thankful for all of Dwight’s friends, teammates and 49ers fans who have sent their love during his battle with ALS. Kelly Clark.

Clark was diagnosed with ALS in March of 2017 but was optimistic about it at the time because it was progressing slower than other patients with the same disease. He fought it during this last year doing treatments all over the world with the help and support of former 49ers owner Eddie DeBartolo.

A 10th round pick in the 1979 NFL Draft out of Clemson, Clark spent all nine seasons of his NFL career with the San Francisco 49ers. He had 506 career receptions for 6,750 yards and 48 touchdowns.

His most famous play was “The Catch” in the 1982 NFC Championship where he caught the game winning touchdown pass from Joe Montana to help the 49ers defeat the Cowboys 28-27 and propelled them to eventually the Super Bowl and the beginning of the 49ers dynasty.

Clark made the Pro Bowl and was an All-Pro in the 1981 and 1982 seasons. He was apart of the Super Bowl XVI and XIX championship teams with the 49ers and his #87 jersey was retired by the 49ers.

After his playing career was over, Clark was a team executive for the 49ers and became the general manager for them during the 1998 season.

When Carmen Policy became the President and CEO of the new Cleveland Browns in 1998, he lured Clark from San Francisco to become the general manager as well as the vice president and director of football operations.

Clark spent three seasons with the Browns organization and while the record shows a gradual increase during his time with the organization (2-14, 3-13, 7-9), his draft record doesn’t look the greatest although he did find some players that made somewhat of an impact during their Browns tenures including Tim Couch, Kevin Johnson, Daylon McCutcheon, Anthony Henry, Dennis Northcutt and Quincy Morgan.

He stepped down from his role with the Browns in May of 2002 due to a power struggle between himself and Butch Davis who was the head coach of the team at the time.

Clark was survived by his wife Kelly and their three children Casey, Riley and Mac.