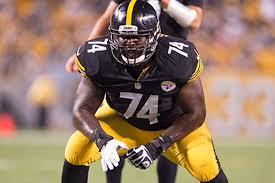 The Cleveland Browns have a lot of money to spend this offseason and did spend quite a bit acquiring talent through trades last week.

On the second day of the legal tampering period, they added some depth to the offensive and defensive lines as they await word from their left tackle on his future.

Hubbard, who was previously with the Pittsburgh Steelers will sign a five year, $37.5 million dollar deal with $18 million guaranteed.

Stephenson, who was previously with the Denver Broncos will sign a one year, $2.5 million dollar deal.

Smith, who was previously with the Cincinnati Bengals will sign a three year, $14.5 million dollar deal.

The Browns signing two offensive tackles may be a coincidence as they’re waiting on Joe Thomas’ decision on whether he’ll return to play the 2018 season or decide to retire after eleven seasons in the NFL, all of which were with Cleveland.

Aditi Kinkhabwala of NFL Network reported on Tuesday afternoon that the Browns are expecting a decision from Thomas on Thursday when the new league year officially begins.

However, it looks like the signings of Hubbard and Stephenson were to add some depth to the right tackle position. Second year player Shon Coleman struggled during the 2017 season giving up 8 sacks which was tied for 4th most in the NFL.

Hubbard will make a strong push to start at the right tackle position and I’m sure he got a ringing endorsement from new offensive coordinator Todd Haley for the Browns to bring in as a free agent signing.

Hubbard has been with Pittsburgh since being signed as an undrafted free agent in 2014. He’s appeared in 40 career games and started in 14 games as both a guard and a tackle. In 2017, he appeared in all 16 games and 10 starts, all at right tackle.

Stephenson has been in the league for six seasons since being drafted in the third round of the 2012 NFL Draft by the Kansas City Chiefs. There’s a connection with Browns general manager John Dorsey as Stephenson and Dorsey were in Kansas City together from 2013-2015.

He’s been with the Denver Broncos the past two seasons and appeared in 20 games with 16 starts at right tackle.

Chris Smith was the first official agreement of the free agency period for the Browns. Smith comes from the Bengals where he spent last season playing defensive end but also showing an ability to kick inside for snaps which brings a versatility to the defensive front.

Smith spent the first three seasons with Jacksonville who drafted him in the fifth round in 2014. He recorded three sacks in seven games his rookie year but his production tapered off with limited playing time his second and third seasons.

In Cincinnati, Smith once again showed he can play as a reserve defensive end with 26 tackles and 3 sacks s well as a forced fumble and two pass deflections.

For the current situation on the defensive line, Carl Nassib and Nate Orchard are going to be potentially on the outside looking in with the addition of Smith.

They have both underwhelmed during their time in Cleveland and I would imagine Dorsey and the front office noticed that when breaking down film. Orchard is entering his fourth year here and Nassib is entering his third.