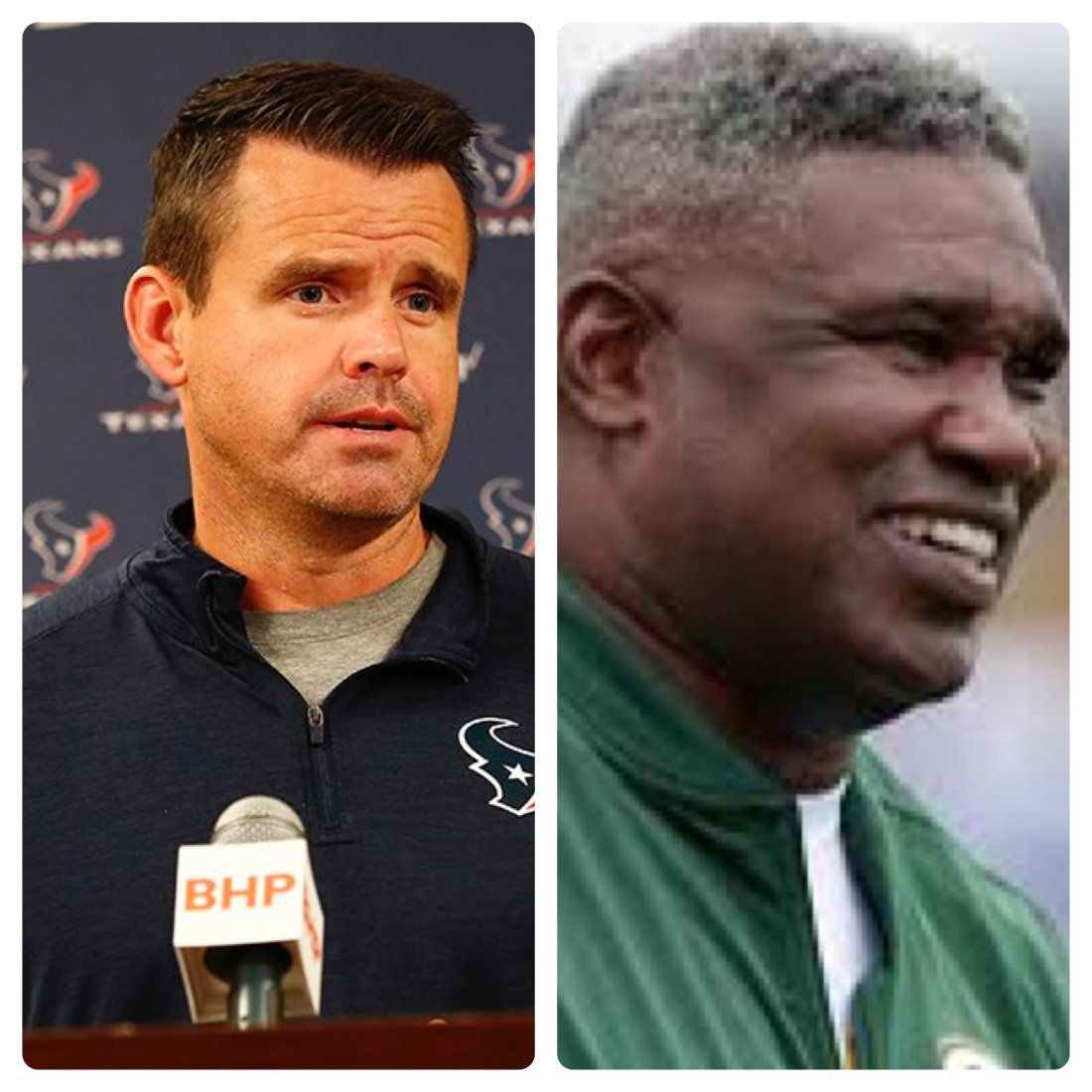 The Cleveland Browns have wasted no time searching for a potential offensive coordinator under head coach Hue Jackson.

Texans head coach Bill O’Brien told reporters he has granted that permission to Ryan although there has been speculation Ryan could be promoted to that spot in Houston.

However, Ryan wants to call plays which O’Brien does for the Texans and O’Brien said “I don’t want to stand in his way of doing that.”

He was praised for his development of receivers such as Mario Manningham, Hakeem Nicks, Victor Cruz and Odell Beckham Jr. who all had success in some form under the tutelage of Ryan.

Ryan was the wide receivers coach for the Houston Texans during the 2016 season and was promoted to quarterbacks coach for the 2017 season where he helped develop Deshaun Watson who was having a successful rookie season until he tore his ACL in between Week 8 and Week 9 of the season.

There’s somewhat of a connection between Ryan and general manager John Dorsey with former Giants head coach Ben McAdoo who spent time in Green Bay when Dorsey was in the front office and also Ryan and McAdoo spent time together in New York from 2014-2015.

The rumors have been out there that Dorsey will be in charge of the coaching staff changes this offseason to which Hue Jackson denied in his end of season press conference on Monday.

Mary Kay Cabot of Cleveland.com reported that there’ll be a number of candidates for the position but added that Jackson said Monday that he’ll take a few days off to clear his head from the 0-16 season before diving into the search.

Also on Tuesday morning, it was reported that the Browns were planning on interviewing Packers executive Alonzo Highsmith for a front office role.

Ryan Wood, the Packers beat writer of the Green Bay Press-Gazette has reported that Highsmith will join Dorsey’s staff and he’ll be the Vice President of Football Operations according to Mike Garafolo of the NFL Network, that title was previously held by Sashi Brown.

Highsmith spent six seasons in the NFL as a player from 1987 to 1992 as a running back for the Houston Oilers, Dallas Cowboys and the Tampa Bay Buccaneers. Drafted third overall pick in the 1987 draft by Houston, he rushed for 1,195 yards and seven rushing touchdowns in 65 career games.

He started in the Packers front office in 1999 as a scout and spent 13 years on the college scouting staff where he found Donald Driver in the 7th round of the 1999 draft and Sam Shields as an undrafted rookie in 2010.

In 2012, he was promoted to senior personnel executive which he had held the position since.

The future of front office executives such as Andrew Berry, Ken Kovach and Ryan Grigson is unknown but they all were just bumped down a rung on the front office totem pole with this hire and I’m sure more changes are in store as Dorsey continues to reshape the football operations.