Indians find new 1B in signing of Yonder Alonso 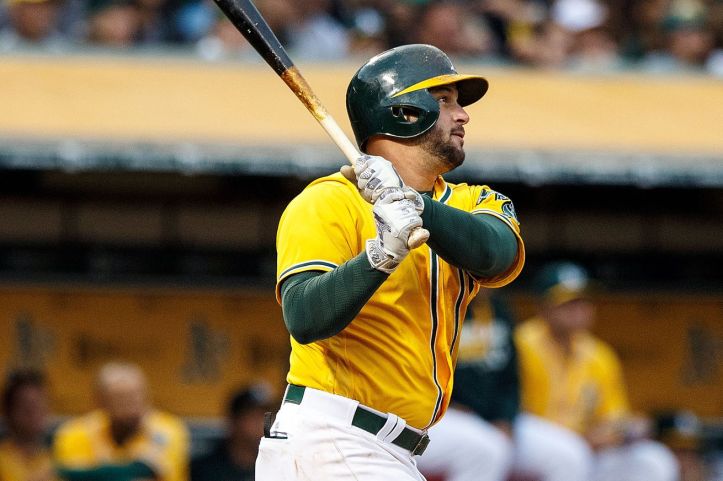 The Cleveland Indians didn’t take long to get their replacement for Carlos Santana, who left for the Philadelphia Phillies last week.

The team reportedly has reached an agreement with free agent first baseman Yonder Alonso on Wednesday night, pending a physical.

The deal is for two years and is worth $16 million dollars with a vesting option worth $8 million for the 2020 season.

He broke out last season playing for Seattle and Oakland with his bat and has a good glove for a first baseman.

He hit .266 with a career high 28 home runs and 67 RBIs. He was recognized by his colleagues by being elected to his first All-Star game last July.

Over his eight year career between Cincinnati, San Diego, Oakland and Seattle, Alonso has a .268 career batting average with 67 home runs and 306 RBIs. Before last season his season high in home runs was 9 with San Diego in 2012 but with the surge in power last season throughout all of baseball, Alonso was able to be one of many to capitalize on it.

Alonso started at first base last season in 121 games and made 10 errors. He’s made appearances in the outfield and third base during his major league career but it’s unknown what the Indians have planned for him as of now.

It’s likely he’ll rotate between first base and designated hitter with Edwin Encarnacion much like it’s been done the last few seasons with Santana/Encarnacion last year as well as Santana/Napoli during the team’s deep postseason run in 2015.

Alonso was at his best last season going against right handed pitching with a .282 batting average with 23 home runs and 57 RBIs. Unfortunately against left handed hitting, Alonso hit a whopping .181 and five home runs.

I’ve seen a few people question what the Indians have done this offseason and think that their window is over and that they’re aren’t going to spend anymore.

The payroll once the Alonzo deal is finalized will be at $100 million for the 2018 season.

That’s before Cody Allen, Trevor Bauer, Lonnie Chisenhall and Danny Salazar have had their arbitration deals finalized. The payroll was at $115 million last season and it will likely be close or higher than that number once we get to opening day.

The team had to clearly make some sacrifices in letting Bryan Shaw and Joe Smith go from their bullpen but they’re already paying Andrew Miller $9 million and will likely be paying Cody Allen close to that number.

I’ve been of the belief that the Indians shouldn’t have picked up Michael Brantley’s $12 million option and should’ve tried to move Jason Kipnis’ $13.6 million salary which they are this offseason but no one is biting. They could’ve used that additional $25-26 million to ramp up efforts to keep Jay Bruce and/or Carlos Santana long term.

Obviously Santana is gone now and it looks like Bruce won’t be returning but to say Cleveland is throwing it in is ridiculous.

The pitching is still there and I’m sure they’ll find some bullpen arms to help. The Indians still have Francisco Lindor, Jose Ramirez, Edwin Encarnacion to help lead the offense and who knows, Kipnis and Brantley could return to All-Star form and the talk among the fans in late December would look silly.